On Monday, December 5th, 2016 our office and RANCH Triangle hosted a community meeting regarding the proposed and revised development at the northwest corner of Halsted and Willow.  This proposal is significantly downsized from the prior redevelopment of this site that was denied in 2013, and unlike the previous proposal, the current proposal provides for the preservation of two existing structures that have been neighborhood attractions for several decades.

To enable the development of these buildings, the applicant seeks to amend Sub-Area B of Planned Development #149 to an RM-5 designation to accommodate additional Floor Area Ratio (FAR).

This planned development encompasses Vinci restaurant at 1732 North Halsted  and the Willow Room restaurant at 1800 N Halsted (formerly the Black Duck). Both buildings have been named to Landmarks Illinois’ “Most Endangered List.” You may recall that in 2014, I turned down a plan for this site by a different developer that proposed to tear down the 1800 N Halsted building.  As part of the current application, Laramar proposes to preserve each of these buildings and support landmarking efforts.

Above are renditions of what was proposed. Click here for the full presentation.

Our office and RANCH Triangle hosted a community meeting Monday, September 30th, 2013 about the proposed development at the northwest corner of Halsted and Willow.

Golub, the owner of property located at the northwest corner of Halsted and Willow, is proposing a mixed-use redevelopment that will include:
– A multi-story residential building
– New retail along Halsted
– New town homes along Willow

Below is a rendition of what was proposed. Click here for the full presentation.

Additionally, click here to see the draft of the traffic study done by KLOA as it relates to Willow and Halsted. We have not yet received comments from CDOT and those comments have not yet been incorporated into this document. 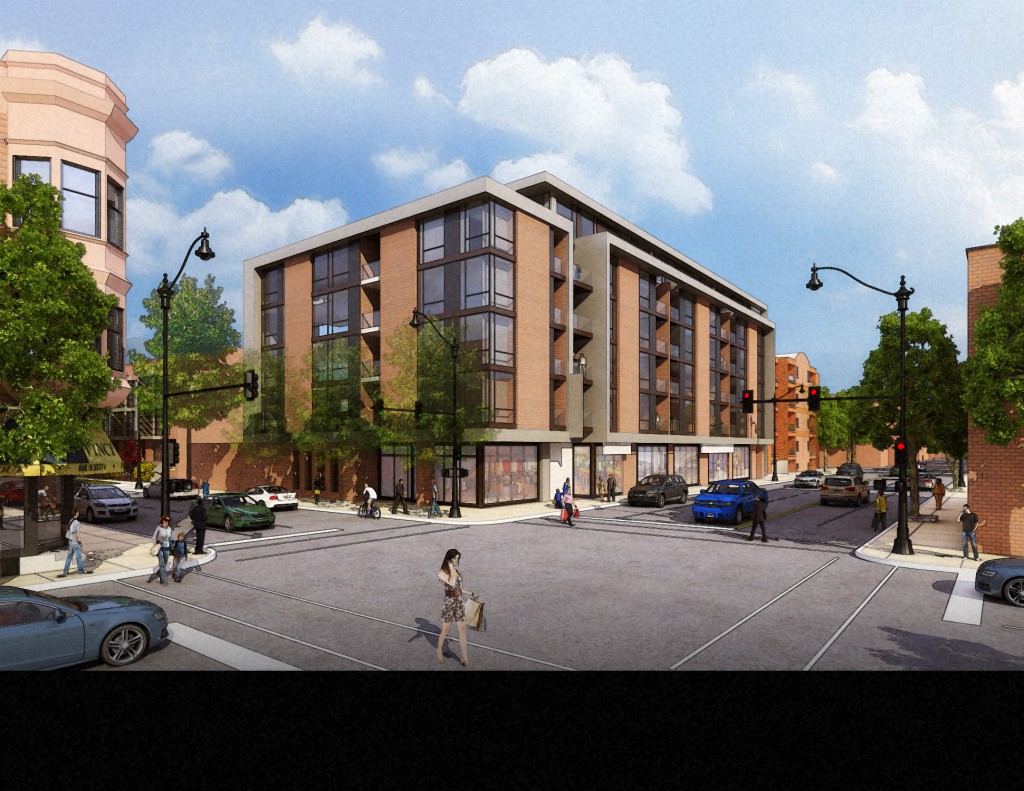 GET UPDATES FROM THE 43rd WARD